An empirical study in schools has demonstrated that discrimination and racism are deeply rooted problems in school structures that urgently need to be addressed. Prof. Dr. Louis Henri Seukwa, professor of Education Science at HAW Hamburg, and researcher Dr. Elina Marmer explain why and provide recommendations. 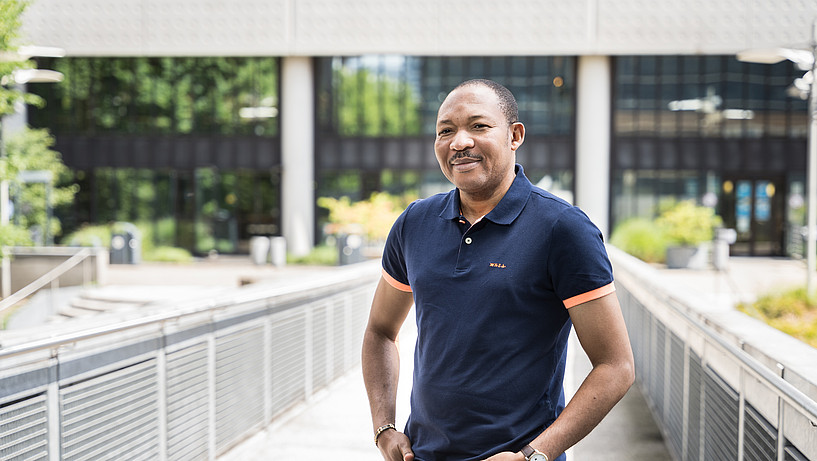 How does racism manifest in day-to-day school life and what has been done to stop it to date?
Prof. Dr. Louis Henri Seukwa: Schools are a reflection of society, which means that societal racism is also evident in schools. At the level of society as a whole, it is clear that people of colour or those with a supposed migration background are underrepresented in management positions and at the same time tend to have poorly paid jobs. We see the same picture in schools, as Hamburg’s statistics show. Relatively few students with a migration background attend Gymnasium, and they are overrepresented in Stadtteilschulen(neighbourhood schools). Studies show that these students often receive lower grades for the same performance. There are studies on racist portrayals in schoolbooks, and at the same time such issues also appear outside schools in the news, films and literature.

Unfortunately, too little has been done so far to counter this. Neither teacher training nor educational curricula include a strategy or a concept for systematically addressing the problem within the educational structure. There isn’t even a complaints body. Even the General Act on Equal Treatment (AGG) doesn’t protect students adequately. There is an absence of structurally anchored frameworks for protection and action to effectively tackle racism and discrimination. But because schools are public institutions, the political sphere does have direct possibilities to intervene. And because the requirement to attend school means that schools can reach virtually all children and youth, carefully considered measures could have a big impact.

You carried out an empirical study in schools and other educational institutions. What was the overarching message? What was the most common statement?
Elina Marmer: Our study was not primarily about discrimination and racism. Rather, it was about cultural education and, as the name of the research project indicates, about ‘Cultural heritage and identities of Europe’s future’. The focus of the study was how young people, teachers, cultural educators and families deal with cultural understandings and cultural identities.

This made the result all the more surprising: racism without race – that is, cultural racism – dominates people’s ideas, from the young to the old. This cultural racism is communicated via educational curricula, lesson content and cultural education offers. We encountered rigid definitions of culture and cultural identity. People are ascribed identities based on their appearance that mark them as either belonging – that is, as ‘German’ – or not belonging. And hierarchical assessments are made regarding which cultures are superior and which are inferior.

How do students define ‘German’, and where do these images come from?
Elina Marmer: ‘German’ is defined on the basis of appearance and name. It is usually irrelevant where the person was born, whether they have lived in Germany over several generations and whether they feel ‘German’. ‘German’ is simultaneously viewed as superior. This combination leads to racism. This point of view is also widespread among parents. In addition, this rigid division can still be found in the publications of the federal government’s commissioner for culture and media and in the Hamburg educational curricula. Seen from this perspective, it isn’t surprising that young people adopt this point of view.

Where and how are racism and other forms of discrimination reproduced and normalised in day-to-day school life?
Louis Henri Seukwa: We also analysed lesson content. As an example, in history lessons, nothing is said about the history of German minorities. Non-whites and non-Christians contributed equally to Germany’s development, but they do not appear in history lessons! The same is true of Germany’s colonial history, which is either completely left out or explained from the perspective of the colonisers.

The history of German violence is glossed over, and the perspective regarding the continuity between the colonial belief in superiority and the murderous dehumanisation of the Nazi reich is left out. In this way, the ideology of superiority is continually and subtly handed down. Take the subject of geography: Western societies are presented as developed, superior and helpful, whereas so-called ’emerging economies’ are presented as backward and in need of assistance. In subjects such as physics, math or chemistry, the discoveries and inventions of people from countries that are devalued in this way are mostly ignored. But the situation is even similar for subjects such as art, music and literature. This means that an inferior image of people from these countries is reproduced via educational content and racist knowledge is reinforced. It is therefore urgently necessary to initiate educational reform in Germany to correct this serious deficit.

How can students impacted by discrimination be given better protection?
Elina Marmer: Those impacted by discrimination should be able to make complaints. The complaints body should be independent and should have adequate financial resources and personnel. And the staff need to have the authority to investigate grievances and bring about change – for example, by ordering the appropriate training. This would enable sanctions in the event of repeat complaints.

What are the concrete overarching goals of the research project and the policy brief?
Louis Henri Seukwa: The research project aims to contribute to a cultural understanding that is open and not rigid or segregating. We strive for the recognition and acceptance of all people’s cultural contributions and the valuing of all identities in order to enable a life that allows for diversity and difference. In cooperation with various Hamburg organisations, we have agreed to develop concrete recommendations for the school sector. Because the research has shown that schools have an important influence on young people’s cultural knowledge and can be influenced by the state most easily.

What does the future look like for a society that doesn’t address these issues?
Louis Henri Seukwa: In our opinion, a society that doesn’t allow for diversity with equal rights has no future. A society based on perceived superiority rather than diversity will not be able to cope with crises and challenges. The global nature of the current crises requires us to form a united global front in diversity and difference. This is not a utopia, because despite our differences we are all human!